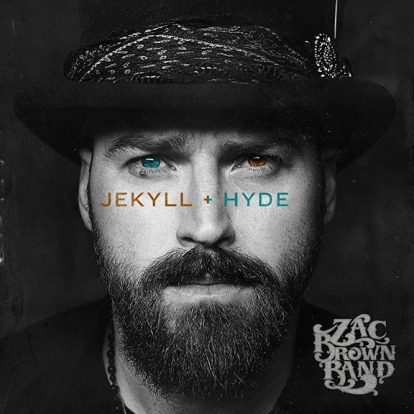 With the release of their new single “Homegrown” earlier this year, everyone knew a Zac Brown Band album was just around the corner. Well now we finally know all of the details, along with a release date. Zac Brown Band will release their new album on April 28 and will be named Jekyll + Hyde. And yes after much speculation, Zac Brown Band will indeed cover Jason Isbell’s “Dress Blues” on this new album. In fact you can get it instantly now with a digital pre-order, along with “Homegrown” and “Heavy Is The Head.” The latter is a collaboration with Soundgarden frontman Chris Cornell and will make its world premiere tomorrow on iHeartRadio’s Mainstream and Active Rock station. There will also be a collaboration song with Sara Bareilles. Here’s the entire track listing for Jekyll + Hyde:

As for Zac Brown Band’s North American stadium tour this year, it kicks off on May 1 in Nashville. If you’re interested in tickets for the tour visit zacbrownband.com for more information. Here’s the full list of tour dates, courtesy of zacbrownband.com:

So what do you guys think of this new upcoming album? Anything stand out? Be sure to weigh in below!