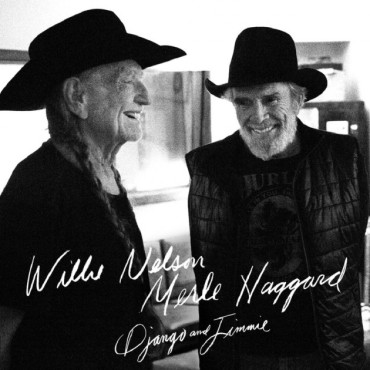 When looking back through the history of country music, there are several pioneers you can point to as the forefathers of the genre. There’s the early days with Hank Williams and Earnest Tubbs. There’s the Man in Black himself Johnny Cash, the biggest crossover star ever from country music (sit down, Garth). There’s George Jones, arguably the greatest voice ever in country music. There’s trailblazing women like Patsy Cline, Dolly Parton and Loretta Lynn. There’s the neo-traditionalists like Keith Whitley, Randy Travis and Dwight Yoakam. There’s the stars of today like Sturgill Simpson and Jason Isbell carrying the tradition on. Then you have the outlaw era, which gave us several of country’s biggest names like Willie Nelson and Merle Haggard. Many of the biggest icons of the genre have sadly left this earth already and you really don’t truly appreciate the impact they’ve made until they’re gone. Willie and Merle are still alive, kicking and making great music. This is why all country fans should sit down and listen to their new collaboration album Django and Jimmie, as you should appreciate these two legends while they’re still with us. Not just because of this of course. Their new album is pretty damn good too.

The album opens with the title track, which is pretty appropriate as it sets the theme and meaning behind this album. Both Willie and Merle sing about how big of an impact Django Reinhardt and Jimmie Rodgers had on their careers and how they wouldn’t be here today without them. It’s a fitting tribute to two unheralded country icons. The lead single from the album, “It’s All Going To Pot” is next. It was released back on April 20 because Willie is a smart businessman. There’s something weirdly endearing hearing two older gentlemen like Willie and Merle singing about smoking pot. This isn’t the best these two have produced of course, but it’s a fun little tune that’s easy to sing along with. Also Jamey Johnson makes an appearance by the end of the song (he’s one of the writers of the song). The addition of the horns at the beginning and end is a nice touch too.

Willie and Merle sing about the value of having a good friend on “Unfair Weather Friend.” What they mean by an “unfair weather friend” is that they’re there for you in the bad times all the time. It’s the mark of a true friend. The stripped back instrumentation really let the duo’s voice be front and center, allowing the message of this song to get across loud and clear. The two country legends show off their humorous side and pay ode to their old friend Johnny Cash with “Missing Ol’ Johnny Cash.” It’s a great tribute to the Man in Black and it’s perfect coming from two men that knew him really well. The first three-fourths of the song they tell the story of Cash and at the end get to some funny stories they know about him. Merle asks Willie if he knows anything about Cash. Willie responds: “Well yeah I know a lot of things about Cash, I’m not sure I should talk about it. But I checked with John and asked him if it’s okay, he said he didn’t give a shit.” Then Willie tells of the time Cash took a casket up to this hotel room, laid in it and then called room service. I busted out laughing when I first heard this and I guarantee it’s a true story. This is one of my favorite songs on the album.

In “Live This Long” the two reflect on lives they’ve lived and how they have managed to live as long as they have. They say that they might have adjusted the way they lived if they knew they would last this long, but this is definitely said tongue in-cheek. It may be hard to detect, but I can definitely sense it. I think many people who have lived life hard will tell you same. “Alice In Hulaland” is about a young woman who is a big fan of a band and goes to all of their shows. Willie and Merle wonder if she’s there for the music or there for the band. The pedal steel guitar play really stands out for me on this song. The duo sings of past relationships in “Don’t Think Twice, It’s Alright.” It’s mostly bad relationships, as they tell their ex as they leave that they don’t need to think twice as they walk out the door. This is a song that may not stand out upon first listen, but it gets better each time you hear it. The harmonica interludes throughout are a nice touch.

“Family Bible” recalls the past memories held by a bible that’s been in the family for years. Merle really takes the lead on this song and it fits his seasoned voice perfectly, as he tells of the days of his youth of sitting around with his family while they read the bible. It’s a simple story that I’m sure many can connect with. Willie and Merle up the tempo on “It’s Only Money,” where they warn of the emptiness of money. Again, this is a song with a simple theme that the two just hit out of the park. It’s the perfect song to come from them, as they’re speaking from experience as country superstars who have been doing this for years. One of my favorite tracks on Django and Jimmie is “Swinging Doors.” It’s a song about a heartbroken man who’s home is now the local bar where he drinks his blues away. This is a classic drinking song that Merle and Willie knock out in their sleep, as they’ve made so many great drinking songs over their illustrious careers. Of course Merle originally recorded this song year’s ago and it’s great that they re-recorded it to remind everyone how drinking songs are done.

One of the most-tender songs on the album is “Where Dreams Come To Die,” where the two reflect on the concept of dreams and how they come to be and then eventually come crashing down. This song could be interpreted in a lot of ways. This was one of my lesser favorites on the album, as the theme is a little confusing. The only solo song on the album is “Somewhere Between,” where it’s all Willie. He sings about the disconnection between him and his love, which is symbolized by a wall that reached all the way to the sky. There’s also a door on the wall, but there is no key to unlock it. It’s a brilliantly written heartbreak song. “Driving The Herd” like “Where Dreams Come To Die” can be interpreted in many different ways. The theme isn’t real clear. However, the instrumentation is fantastic. Willie and Merle sound great together of course.

The final song of the album is “The Only Man Wilder Than Me.” They both sing of their admiration for each other and their friendship together. It’s really the perfect way to cap off this album. While they show their respect for each other, I think I speak for the listeners in that we’re all marveled and amazed at the same time at how these two country legends are still making top-notch music after all these years.

As I said at the beginning, this album is pretty fantastic. In their advanced age, Willie and Merle are making music that’s better than artists twice as young as them. And they’re still touring too. You won’t find many artists at this age making an album as good as Django and Jimmie. Their voices may sound more weathered now, but they’re really not that much different from when they were in their prime years. If you asked them though they would probably tell you they’re still in their prime years and I wouldn’t argue with them. The songwriting on this album is marvelous and credit to co-producer Buddy Cannon and Nelson who wrote the majority of the songs. I definitely recommend checking this album out and it’s certainly in the top bracket of country albums released this year. In 1983 Willie and Merle released the timeless Pancho & Lefty album and in 2015 they’ve released yet another album in Django and Jimmie that will live on for years to come.