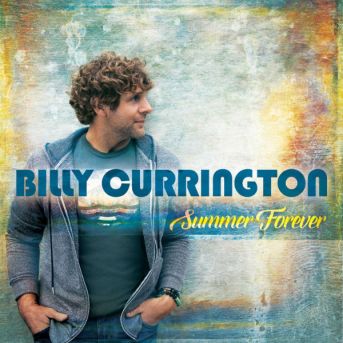 To say Billy Currington has turned into a disappointment is an understatement. In the mid to late 2000s, I was quite a fan of the music Currington was making, with such notable singles like “Good Directions” and “People Are Crazy.” But ever since the bro country wave hit the genre, Currington has been steadily going downhill with his music quality. It started with “Pretty Good at Drinkin’ Beer,” a passable song with bro country tinges. Three years later it turned into his worst single, “Hey Girl.” Now I know a lot of fans don’t hold this song under the fire like a lot of other bro country songs, but to me this song didn’t get jeered enough. His latest single, “Don’t It,” was a mediocre and forgettable song. Yet, it topped the Billboard Country Airplay chart. In fact it was his ninth career airplay #1. That being said his newest album Summer Forever has experienced subpar sales and less staying power on the Billboard Top Country Albums chart than Willie Nelson and Merle Haggard’s Django & Jimmie album. And who’s the one with radio support again?

I think it’s obvious that Currington’s days in the spotlight are starting to wane. His singles continue to spiral downward in quality and his sales are nothing to brag about. If his label Mercury Nashville thought highly of him and his drawing power, then they wouldn’t have released his new album in June. It would have been in April or May. His last single, “Don’t It,” took several weeks to finally climb up the charts and just barely got to #1. I don’t expect his future singles to be any different, including his newest single “Drinkin’ Town With A Football Problem.” Just by looking at this title I could tell this was going to be a cliché filled song and I wasn’t wrong. Right off the bat this song takes on an annoying tone with shouts of “hey y’all.” It gets my attention, but not in a good way. It makes me want to turn the station or turn the song off instead of listening to it. Then you get lines like these, which populate the majority of the song:

Ah! So it’s one of those songs where a bunch of stuff is listed and we’re supposed to relate to it because we’re all a bunch of clichés. Got it! It’s not like we haven’t heard this kind of song before. The main crux of this song and why all of these different things are listed is because it’s about small towns who love to drink and watch high school football. Again it’s not like we haven’t heard this song before. For those who aren’t picking up on my sarcasm or clicked the links, the songs I linked are Kenny Chesney songs, “American Kids” and “The Boys of Fall.” I’m not picking on Chesney here, but “Drinkin’ Town With a Football Problem” sounds like those two songs combined. I’ve talked about my “meh” feeling on “American Kids,” but let’s talk about “The Boys of Fall.” I absolutely can’t stand this song or any song that glorifies high school football. As someone who grew up in a town that is like the one in these songs, it’s a sickening theme to hear glorified because it’s just so easy and overhyped. But gullible mainstream listeners eat this stuff up.

The only thing I like about this song is the instrumentation, which at least has a nice pop country sound. It at least sounds like it belongs on country radio and doesn’t try to be an EDM or R&B song. The guitar play is on point and doesn’t drown out Currington’s voice too. So I’ll give credit in this area. Other than that this is pretty much another forgettable single from Currington. It was chosen because it’s a really safe choice. These types of songs have been proven hits for country artists for years and I expect this song to be no different. It’s slowly inching its way up the airplay chart, similar to “Don’t It.” I’ve given up on Currington producing quality music, as his latest album Summer Forever and this new single show that he just doesn’t care about putting out good music anymore. “Drinkin’ Town With a Football Problem” is just another song on the mainstream country conveyor belt and I don’t recommend listening to it. There are much better songs that deserve attention.