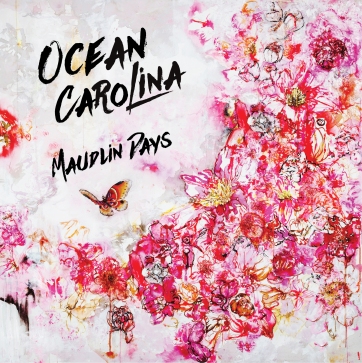 The road a person takes to making music can be long and winding. It’s usually a collection of events that leads to the realization that making music is what they’re meant to do. The journey for Michael Simone is no different, although his journey I daresay is even rockier and takes more turns than the average musician. It’s a long story that you can read here (definitely worth checking out). The major points of it are this: Simone has pretty much dabbled with every type of music you can think of and his influences come from almost every genre. Among the artists he cites as influences on his music are Prince, Led Zeppelin, Bruce Springsteen, Jeff Buckley and Waylon Jennings. Talk about variety! At one point he was even making a good living as an EDM producer. But then Simone found a calling back to singer-songwriter centric music. He started listening to music he never bothered to listen to before such as the music Jennings, Willie Nelson and Merle Haggard. It was a newfound love that led to him creating the band Ocean Carolina. They just came out with a new album in June titled Maudlin Days. And you can definitely hear Simone’s inspiration throughout this album.

“All I Can Do” opens up Maudlin Days. It’s a mid-tempo song about a man doing all he can to resist a woman from his past when she comes around. It makes him linger about their past, something he doesn’t want. It’s an all-around solid song with good lyrics. The good songwriting continues with “Words.” This song has a variety of great guitar play throughout it and gives it a very familiar sound that makes it easy to connect with. Simone sings of losing love in “Once You’ve Done Me Wrong.” The man in the song has broken up with a woman, but he wonders still if they can ever be together again after she done him wrong. Simone does a great job expressing the urgency and pondering of a man who has lost love and wants to regain it again deep down.

The bluesy “Cry Baby Cry” is about a man wanting the love of a woman back and hoping he can be what she wants him to be. The production of this song is really top-notch and sets the tone of the song well. Simone’s delivery could have been a tad better though. “If It Burns Out Bright” is another example of Simone’s great songwriting ability. The lyrics really do a good job painting an image and emotion in the listeners’ heads. Love is the theme of “Nobody Wants To Cry.” Simone sings of being in love with a woman and how much he wants her. He explains that nobody wants to cry and lose, so he just wants her to say those three words to him that would make him happy. Simone really captures the feeling of this situation well and I found myself loving the song more as I listened to it.

One of the more stripped down songs on the album is “Don’t Carry On.” Simone sings about urging a woman he cares about deeply to come home. He says if she’s tired she needs to stop carrying on and just come back to a place where she is loved. It’s a really well told story with the right amount of emotion in places. “Something” is another song about looking for love. This is definitely one of the more common themes on Maudlin Days. The breezy “Summersmile” is next. It’s a romantic love song with solid instrumentation and lyrics. “Little Things” is a song that’s just there for me. It feels like I’ve already heard this song a few times already on this album. It gets kind of monotonous.

The penultimate song on the album, “Yer Feet,” is my favorite song on the record. It’s about a man looking for someone to love him. Well anyone but his ex. It has a southern rock meets singer/songwriter type sound that is really enjoyable to listen to. This song is definitely one of the standouts of the album. Maudlin Days closes out with “Someday Soon.” It’s a dreamy, airy song about a man professing his love for a woman and how he feels they belong together. The song has a really cool sound that definitely makes your mind wonder, but in a good way. It makes you think and I think that speaks to the great arrangement of the song. It’s a great way to conclude the album.

Maudlin Days is definitely an album with variety that’s hard to pinpoint to one genre. It’s a combination of Americana, singer-songwriter, rock and alt-country. But it’s always a pleasure to listen to these albums because you never know what you’re going to get next. There’s no set formula to follow. One of the problems though I found with the album is I didn’t really think there was one single “wow” moment on it. Then again there’s also not a single bad song on it either. It’s solid all-around, although one “wow” song would’ve helped it stand out more. Regardless, Maudlin Days is worth checking out if you’re into music that fuses several genres together to create a unique sound.