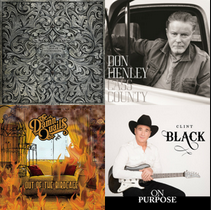 As I’ve pretty much come to expect with each month, September has brought us some great country music releases. Red Dirt bands from Oklahoma, country legends, rockstars and more all contributed to a great month of country music.

Disclaimer: due to George Strait’s Cold Beer Conversation’s limited release availability, I haven’t had the chance to purchase or even listen to it yet. Unfortunately, that means I can’t include his music on this month’s list. I’m sorry for delivering an incomplete list, but I trust that my list would be adjusted to accommodate for a couple of Strait’s songs. With that said, I’m still able to fill out ten songs that still represent the best of September.