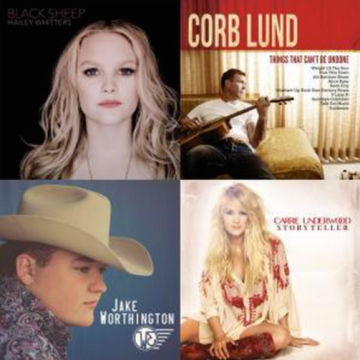 So the month of October was even better than I expected for country and Americana music. When putting together my top ten list at first I didn’t think there were a lot of candidates. Then I fully looked back through all of our reviews (it can be hard to keep up with all of the music sometimes!) and I realized that there a lot of releases competing for the top ten. From mainstream to independent there was plenty of music to satiate your tastes. Figuring out this top ten list was difficult and I changed my mind multiple times before finally coming up with the ten. It was especially difficult on the last couple of spots. For those songs that missed out, I give them a shout out in the honorable mentions. So without further ado here’s my top ten country and Americana songs for the month of October…