For years, many for its entire lifetime, country music has more or less been thought of as a family-friendly genre compared to other genres such as rap or rock n’ roll. You could make the argument that Elvis’ rise to popularity as the King of Rock n’ Roll helped perpetuate that notion. Elvis’ pelvis shaking and rowdy rock music was a culture shock to music world in the 1950s, and as teenagers rebelled and flocked to rock n’ roll halls, country music continued down a path of tradition that fit with the cultural norms and establishments. Drums were technically banned from the Grand Ole Opry until 1973, just another detail of how country music solidified itself as the antithesis of the rebellious rock music.

Enter Waylon and The Outlaw movement of the 1970s which gave country music more of an edge, combining rock music with their country music. But while the outlaws operated outside the established Nashville Sound, producers like Chet Atkins kept the reigns tight on the rest of his artists who recorded at Studio A. The control Music Row had (and truly still does have) on artists signed to Nashville labels brought forth a face and image of what country music is. Country music is three chords and the truth, cheating and drinking songs, pick up trucks, etc. But what also set country music apart was their willingness to consistently record gospel tunes, a practice that allowed country music to be viewed as a family-friendly genre.

Carrie Underwood, for example, has had numerous number one singles from songs with religious messages (“Jesus Take The Wheel” “Something in the Water” “So Small”). Garth Brooks had a number one single with “Unanswered Prayers”, and George Strait’s “I Saw God Today” hit number one. Aside from religion, family values and marriage devotion have been successful songs in country music as well. Stars like Alan Jackson (“Remember When” & “Livin’ on Love”), Brad Paisley (“He Didn’t Have to Be” & “Anything Like Me”) and Kenny Chesney (“There Goes My Life”) have had number one singles celebrating family values in songs.

Even though tides have turned and mainstream country in 2016 is very different compared to 30 or 40 years ago, even 10 years ago, I think there’s still a general assumption that country music is still considered a family-friendly music choice. That, however, is a terrible assumption because mainstream country music has become anything but family-friendly. Before I argue why, the inspiration for this post came from a recent article about how Chris Lane’s single “Fix” came to fruition. (Don’t worry, that single will be dealt with on this site soon enough). The sentence that draws my ire has to do with the original draft of the song’s lyrics:

By the time they finished it, “Fix” incorporated images of cocaine lines at a nightclub and the phrase “good shit,” all of which was considered OK because, after all, it wasn’t supposed to be a family-friendly country song. 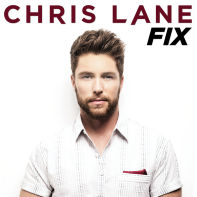 The implication here, is that by censoring the word “shit” and providing euphemisms for cocaine  “Fix” will then become a family-friendly country song. I call bullshit! The entire song is a three and a half-minute metaphor to drug addiction, a positive metaphor at that rate. I can’t imagine any parent with half a head on his or her shoulders wanting their 10-year-old to listen to a song with several drug references and implied sex. What about that song is “family-friendly”?

Mainstream country in the past few years has regressed from its family-friendly nature, mainly due to bro country. Sure, these bros still referenced their religious upbringing, but those were throwaway checklist mentions to verify to themselves that they were indeed country boys. “This Is How We Roll” isn’t a religious song at all, even though Luke Bryan sings “we pray on them Sundays.” Florida Georgia Line may be “all good with Jesus” in “It’z Just What We Do”, but that song is just another late night bonfire party song. And Michael Ray’s “Real Men Love Jesus” is no where close to being a song about a Christian man.

But the songs on the charts recently stray far away from that family friendly face of country music. Songs about revenge sex (“Home Alone Tonight”) and running from the cops (“We Went”) are sitting in the top 30 this week. Florida Georgia Line’s “Sun Daze” was a parade of family-unfriendly references (“If I’m lucky, yeah, I might get laid,” “wear my favorite shades and get stoned” & “stick the pink umbrella in your drink”). And does anyone think that Jason Aldean’s creepy robotic voice singing about seeing a girl naked in his bed (“Burnin’ It Down”) is something families want to listen to?

There are still artists and country singers who hold onto the traditional values and roots of country music, but those artists aren’t the ones being played on radio. Those artists don’t have a mass audience like Luke Bryan or Florida Georgia Line. Mainstream country and radio today isn’t the same family-friendly country music as before; it’s not even close family-friendly music. I’m not complaining about the fact that these songs exist; the complaint is that these are the songs that are representing country music to the majority of people – on award shows, radio, in publications like Rolling Stone or Billboard. My complaint is that people still refer to country music as a family-friendly genre while songs with very unfriendly content are the songs people hear the most. And that’s okay, but stop pretending you’re a family-friendly genre if that’s the direction you want to go.

“Better Things To Do” Terri Clark. Terri Clark is one of my favorite female singers in country music. She was all about girl power while keeping it country, and this 1995 hit is the epitome of her attitude. Clark tells her ex-man that she’d rather do just about anything than miss him.

David Bowie. To say David Bowie was an icon feels like an understatement. The man was an innovative entertainer, influential in his music, leaving a legacy that will carry on for years to come. Rest in peace, David Bowie, you will be missed by many. I’ve just picked the song “Heroes” for this post, but go listen to any of Bowie’s music.

Bowie’s passing is deeply saddening-a tear in the fabric of creation itself. He will always be a source of inspiration. @RodneyJCrowell

More love for David Bowie. Rodney Crowell says it best here: “a tear in the fabric of creation itself.”

As I said before, “Fix” will be dealt with soon. But these two reviews are from Lane’s EP. The lines that make me face palm:

6 thoughts on “The Hodgepodge: Stop Pretending Mainstream Country is “Family-Friendly””