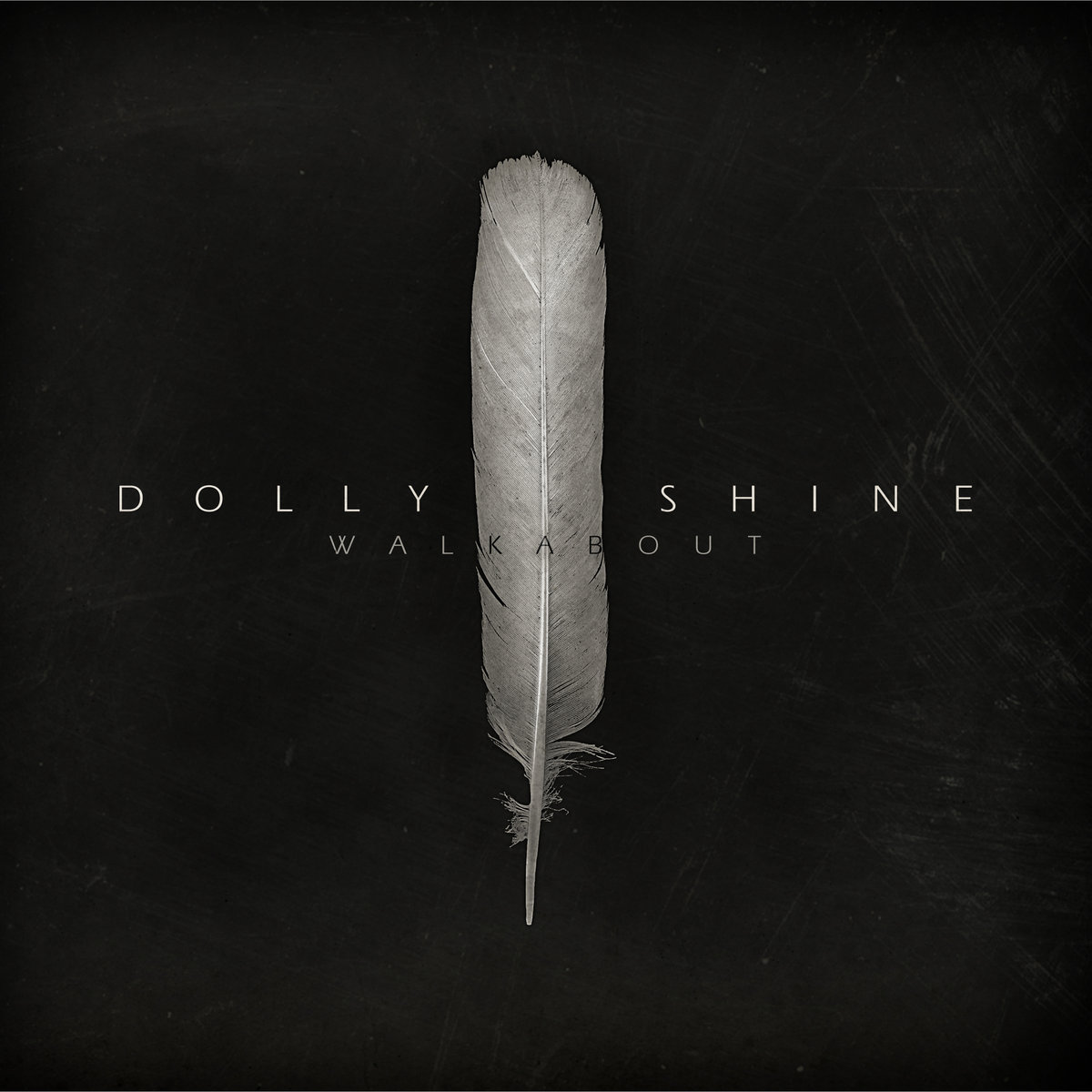 When it came to producing their second full-length album, Dolly Shine took a different approach to the pre-production by having all their band members together for arranging and preparing Walkabout. Lead singer Zack McGinn says, “Walkabout is really like a spiritual realization and it’s about finding yourself. We’ve done a lot of traveling together as a group… and we’ve done a lot of growing together and a lot of learning.” When it came to Walkabout, the goal of the album was to highlight Dolly Shine as a collective unit – to highlight the band being a band. Joining McGinn are fiddler and co-founder Wesley Hall, drummer Johnny Goodson, guitarist Jerrod Flusche, and bassist Ben Hussey.

Walkabout kicks off with the southern rock guitar lick on “Blackbird.” This rowdy rocker tells the story of a young illegal trader over the Mexican border. This outlaw has avoided his capture and now serves as an urban legend throughout the area. The production doesn’t change too much save for a fiddle solo toward the song’s end. “Come Out Swinging” is a more natural country tune with acoustic guitars and fiddles providing the song’s melody. The song tells a story about a former couple who run into each other at a bar, and their anger and resentment toward one another have yet to subside. He knows it’s inevitable that old arguments and passion will flair up between them. A female voice pops in to provide some vocal harmonies during the chorus, which is a nice touch given the song’s content. Sour relationships are further explored in “Closing Time.” Hall’s fiddle shines on this track as McGinn sings about a relationship coming to an end, mainly because his woman never leaves the bar alone at closing time.

“Rattlesnake” chronicles the life of a drifter moving from town to town. The song has a darker production led by an acoustic guitar strum and fiddle notes that create a sound not too different from the sound of a train chugging along the tracks. Using the metaphor of a drifter, it’s not too farfetched to think that “Rattlesnake” is more autobiographical for the touring band. “Twist the Knife” is a mid-tempo break-up song. McGinn sings of a man who’s taking the end of the relationship poorly and having trouble moving on. “Anywhere Close to Fine” continues on this theme. The first verse paints a picture of man who never really felt love’s sting until she walked out on him. “Anywhere Close to Fine” mixes country and rock nicely with heavy drums and a prominent fiddle in the mix.

Dolly Shine tell the tragic story of a meth dealer in “Snakeskin Boots.” Sung from the first person point of view, McGinn sings of how he and his cousin cooked the drugs on their grandparent’s land, then his cousin left to sell it around the state, only to never come back. The dark song features a darker production and a great guitar solo to close out the track. Tales of the drifter life continue with the heavy rocker “Hitchhikin’.” This hitchhiker is running from the law throughout the south, trying to remain uncaught. The hard rocking production sounds good on this track, but the chorus of simply saying “Hitchinkin'” over and over gets old really fast. Walkabout comes to a close with “Old Flame.” A softer, acoustic driven song filled with nostalgia, and trying to extinguish the old flame of a past love.

Walkabout tells the tales and lessons learned of a drifter’s life. Not necessarily a clear, straightforward concept, but a more broad stroke story about reckless actions and the consequences of those actions. Dolly Shine jump between rock and country without missing a beat. The raw production of Walkabout fits with the heavier content of outlaw drifters and heartbreak. Dolly Shine set out to make an album that exemplifies the band’s sound as a whole, and that cohesiveness is evident as you listen to Walkabout.