Every year more and more great songwriters are rising up the ranks in country and Americana music. 2016 was no different, as old and new faces all rose to challenge to deliver fantastic music. The bar just continues to rise and at times it feels like there’s too much good music to keep up with. This is a nice problem to have of course. But when it comes down to picking the best song of the year, it’s quite difficult.

There were so many excellent songs to choose from for Country Perspective’s 2016 Song of the Year. Really what it comes down to is your own preference and appeal. Any of the nominations were worthy of this award and you the readers made many great arguments. But there was one song that ultimately stood out to my ears. From the very first listen this song floored me and it’s only gotten better with more listens. So it’s with great pleasure and honor to announce that Country Perspective’s 2016 Song of the Year award goes to Karen Jonas’ “The Garden.” 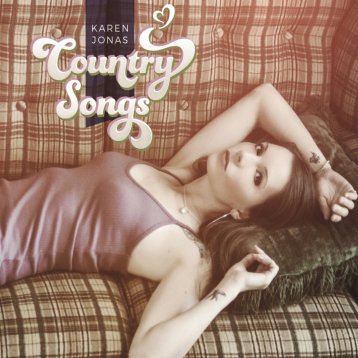 This song is absolutely phenomenal and it shines in every area: lyrics, instrumentation, vocals, production and distinctiveness. The entirety of Jonas’ sophomore album Country Songs features great songwriting on each song, but it was “The Garden” to me that was the crown jewel of the record. You start with the production, which gives the song the perfect mood of being mysterious, alluring and slightly dark. It meshes perfectly with the lyrics, which are not only poignant, but detailed to perfection. This allows the lyrics to paint a pristine picture in the listeners’ heads of what the song is about: a woman reminiscing of a forbidden love from 20 years ago between a 17-year-old girl and 21-year-old boy. She remembers the night of passion she shared with him and the disapproving mother’s voice upon finding them. And she now looks forward to the day they meet again in that garden to make it whole. The song’s innate ability to perfectly set a scene makes me draw comparisons to one of my favorite novels, Joseph Conrad’s Heart of Darkness and the novel’s ability to perfectly set the scenes in your head too.

Jonas excellently conveys the heartache, longing and passion needed to really let the lyrics shine. She also does a great job slowly letting the words roll out. This allows the song to really simmer and carefully sink in. The twangy steel guitar throughout the first three-fourths of the song was enough to win me over instrumentation-wise. But then seemingly out of nowhere producer Tim Bray lays down some smoking electric guitar play to put the big damn cherry on top of this song. It gives the song an almost psychedelic-like feel and adds the type of spaciness to really let the song resonate with the listener and ensures you won’t forget this song anytime soon. It’s a detail like this that allows a song to rise up above it’s peers and go from fantastic to classic.

It really didn’t surprise me at all that Karen Jonas delivered a song like this. She impressed me with her debut two years ago and I knew she would only get better with subsequent releases. Jonas is clearly one of the best songwriters in country music today and there’s perhaps no artist more sure of their sound and writing than her. She’s an artist you won’t forget after you hear her perform. “The Garden” is the type of song you will always remember after hearing, which at this point perfectly represents the talents and skills of Jonas. This is why Jonas’ “The Garden” is Country Perspective’s 2016 Song of the Year.