Welcome to Country Perspective’s newest weekly feature, Throwback Community Review! Many of you enjoyed a previous similar feature The Past Pulse of Mainstream Country Music and it was one of the main inspirations behind this feature. It’s quite simple: each week there will at least one of these. I will present some information about the song and of course a video to listen to it. You will then take to the comments delivering your thoughts and a grade, on a scale from 1-10. Your grades will be averaged to get the community grade for the song. The comments will be open for a few days before I close them to tabulate the average. Songs from any era of country music could go show up here and I’m open to suggestions for future featuring in this space. This week we take a look at… 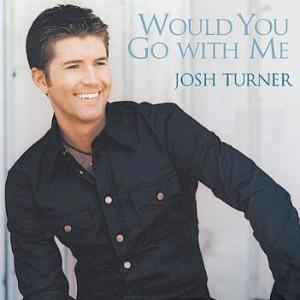 Song: “Would You Go with Me”

Background: This was the second single from his second studio album Your Man. This single went on to reach #1 on the country chart and remained there for two weeks (one of Turner’s four #1 hits). It peaked at #43 on the Billboard Hot 100. It was certified platinum in September 2012. This song also earned Turner a nomination at the 2007 Grammys for Male Country Vocal Performance of the Year (Vince Gill’s “The Reason Why” won).

See you in the comments with my own thoughts and grade!