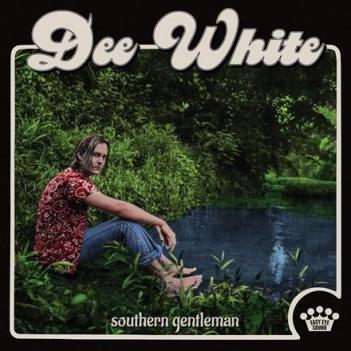 Some voices are just born to sing country music and Dee White is certainly one of those voices, as he proves on his debut album Southern Gentleman. Opening track “Wherever You Go” is an easygoing, lingering track that let’s White and his album saunter right into the room. It’s a solid track, but I have to admit I usually skip to the next track because 1) after you’ve heard it a few times it’s not necessary and 2) it doesn’t hold a candle to this album’s really high highs.

One of those high highs is without a doubt “Rose of Alabam.” Right away White captures me with the imagery of the opening lyrics: “It’s a good thing there’s a canopy up over my bed/So lightning from above can’t seem to strike me dead.” Immediately you’re taken to the frame of mind of the song’s character, who feels remorse over leaving his Georgia daisy for a rose in Alabama. This track actually reminded me of one of my favorite Alan Jackson songs “Who Says You Can’t Have It All” because both tracks do such an amazing job of painting a picture and covering all the little details that drive home the emotions of the song.

Just like “Rose of Alabam,” “Bucket of Bolts” strikes me like lightning with it’s opening lyrics: “Things meant more when I had less, that’s the way it goes I guess/The more I have I must confess, the more I need.” It’s simple, yet truthful. That’s a great country song in a nutshell for you. The song is about the nostalgia and memories with an old car, reflecting on old times that will never return, but cherishing them nonetheless. “Crazy Man” is about a man giving thanks to the woman who turned his life around. I love the singalong quality of this track, as it’s so easy to follow and White impresses me with his delivery on the higher notes.

“Tell The World I Do” is a straightforward love song about wanting to tell everyone of how you’re in love. I imagine if you’re in love and/or enjoy these kind of cheesy love ballads, you’ll love this song like I do. Not to mention I enjoy how the track builds up it’s heavy countrypolitan sound to the bridge for a big finish. For the rest, this is way too saccharine and cliché (which I can understand, as these type of tracks are love it/hate it in nature).

“Ol’ Muddy River” is a down home, warm track about chilling out by the river and making memories. I don’t have much to say about it, but I enjoy it because it reminds me of summer memories, which I imagine is this song’s aim. So mission accomplished! Dee White is joined by Ashley McBryde on “Road That Goes Both Ways” and they sound excellent together (McBryde never really has a bad performance though). Every thing about this duet is so smooth and flawless. The dreamy sound makes you feel like you’re driving down a lonesome highway at night, which fits the weary wanting of the song. Big kudos to producer Dan Auerbach.

“Way Down” is one of the funkiest and catchiest songs about getting your heart broken you’ll hear this year. It’s song about just feeling absolutely blue and terrible, yet I want to sing and dance to it every time I hear it. It’s a paradox, but I love it. Southern Gentleman features another great guest appearance on “Oh No,” this time a hidden appearance from Alison Krauss. It’s about a man reacting to seeing his ex with a new man and realizing he can’t get her back. I think White and Krauss harmonize well together on the chorus and I appreciate that this song doesn’t overstay it’s welcome.

The closing track “Under Your Skin” makes me want more modern countrypolitan songs. I really enjoy the light and rich horn play throughout the song, as it gives it a bit of a lazy afternoon drive feel. I enjoy the wordplay and imagery of the lyrics revolving around the association of an old tattoo and the lingering memories of an ex. White delivers the money line perfectly (“Is he still….under your skin?”), questioning and curious, yet calm and understanding, as the current boyfriend trying to dig into the mind of his girlfriend.

Dee White proves himself to be one of the most promising new country artists to watch with his debut album Southern Gentleman.