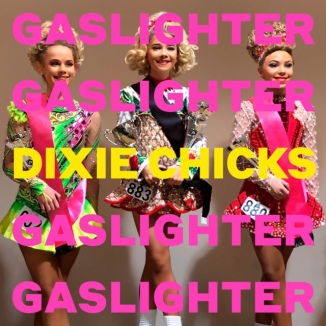 It’s been 14 years since the Dixie Chicks have released their last album. Country music hasn’t been the same since, as you can’t deny their leaving/dismissal and absence in the genre had a lasting impact in many ways. Well after years of rumors, they make their return with a new album coming out on May 1 and they’ve just released the lead single from it, the album’s title track.

Now normally in this new era of Country Perspective I don’t discuss or review singles because there’s just so many and I’m an album listener, not a singles listener. But I have to make an exception and break my own rule because this song is just too damn good for me to not talk about and review. Right away this song blasts you with the type of harmonies I’ve been wanting to hear and shouting from the rooftops about for years in review. Acts today just don’t utilize harmonies enough, but this is what makes the Dixie Chicks so great. They utilize their strengths to the very best and their harmonies are very much a strength.

The story the song tells is of a man who was a grand puppet master, successfully manipulating and controlling a woman for what sounds like years before she woke up and is now calling him out on his bullshit, a gaslighter. Each member of the trio takes their turn on lead, each adding another layer and detail to the story that gives you an exact look into this toxic relationship and the freeing liberation being experienced by the woman who’s finally rid of him. The production is big and soaring, an instant foot-stomper with thumping drums and an infectious hook. Collaborator Jack Antonoff definitely added his influence, as he’s known for bringing a stunning level of polish and catchiness to the music he touches.

I was already excited to hear the new album from the Dixie Chicks, but this new single just takes it to an even higher level. And the early reception of the majority of listeners seems to indicate the same. The Dixie Chicks are back and this is great not just for country music, but all music.