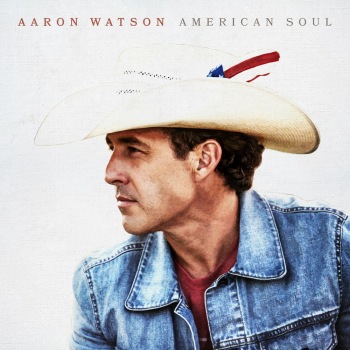 Aaron Watson is an easy artist to root for: he’s an underdog, self-funded, independent artist who is making an honest push to become a more mainstream, household name. He managed to make “Outta Style” into a minor hit. I came across him with his album The Underdog and was later impressed with his album Vaquero he released four years ago and while the later is a bit bloated, it still holds up as a solid and enjoyable album. Both albums are the kind of breezy and melodic country music you can both appreciate and see having wider appeal too. That’s a tough balancing act to pull off. Very few artists managed to strike a balance between high quality and appeal. And from what I see, Watson seems like a very nice and likable person.

With all that being said, he’s lost me since the release of Red Bandana. It’s a corny and contrived album that annoyed me from the very first listen. I never got a chance to properly review this album, but it was one of my least favorite releases of 2019. The opening song “Ghost of Guy Clark” sees Watson seemingly anointing himself as a torchbearer of Clark, which is so condescending and dishonest. I mean he does this and then he puts a song like “Country Radio” on the album later, something Guy Clark wouldn’t touch with a ten-foot writing pen and is a blatant attempt at radio attention. Clark was a songwriter’s songwriter and Watson is trying to be modern-day Brad Paisley, which isn’t a bad thing at all. But it’s nowhere near Clark. The whole record just feels so fake and tries so hard to be something it isn’t. So my hope with Watson’s new album American Soul is that it would be more like the other two albums.

Unfortunately it’s mostly more of Red Bandana. Watson tries to simultaneously be deep and radio-friendly, which again doesn’t jive together. Opener “Silverado Saturday Night” sounds like Watson is angling hard for a spot in a Chevy commercial. This song checkmarks every single cliché you can think of in a country song and is essentially bro country. No amount of fiddles and traditional country production can cover up for this lazy songwriting. If this song wasn’t so blatant with the clichés and took a more subtle approach I would find greater appreciation. “Boots” does a better job in this regard: it’s your standard country love song, but it doesn’t hit you over the head with tropes. It has a nice hook, melody and this is more in line with what I like to hear from Watson. I can say the same of “Whisper My Name.” The song centers around reflecting on how so much has changed since a couple has fallen in love, but they still have that same fire of love towards one another. It utilizes it’s imagery well and the fiddles mash up with the electric guitars to create a catchy rhythm.

“Best Friend” is the kind of overly sappy songwriting that makes me gag. Even worse it promotes the weirdly obsessive pet ownership culture that pervades nowadays (the term “fur baby” makes me cringe). This song is definitely not for me. “Long Live Cowboys” is the standard generic country song that fetishizes a cowboy culture that never existed (the stuff you see in those Hollywood movies that are based on the false stories of Wyatt Earp). These types of songs usually appeal to the “look how country I am crowd.” They typically like to dress up in cowboy boots and hats at country concerts. Watson once again tries to see how many country tropes he can jam into a song on “Stay.” This is cheap radio bait where I’m once again supposed to overlook it because it has a fiddle.

The album’s title track might as well be a post-9/11 Toby Keith, ‘Murica song. It would fit in nicely right next to his patriotic schlock. What’s frustrating is Watson did a much, much better version of this with “They Don’t Make Em Like They Used To.” This song has the emotional sincerity and songwriting depth of a Made in China, American flag t-shirt sold in Walmart. Also I think it’s much more American to hate the Cowboys and Yankees rather than to cheer for them. Watson does thankfully manage to deliver one more quality song on this album in “Out of My Misery.” It’s easily the best on the album, as the song intimately details the crushing heartbreak of a man pleading to his woman to show him mercy and come back for one night of love before leaving him for good. Watson does a great job of showing the desperation of the man and how much this breakup is hurting him. This is the kind of songwriting that made me a fan of Watson in the first place.

“Touchdown Town” is a hackneyed celebration of Friday night high school football that happens in every small town across the nation. As someone who comes from one of these towns, I understand the appealing escapism of high school football and understand why it’s glorified in songs. But it makes me cringe when I hear and see it celebrated so much too because it’s often at the expense of things that should matter. Not to mention the toxic underside of high school football culture is never addressed in these songs: the cover up of sexual assaults, illegal gambling, jock culture often leading to bullying culture and the long-term effects of head injuries sustained from playing the sport. And I can appreciate the sentiment of seeing your father as a hero on closing song “Dog Tags.” The same can be said of the brave men and women who serve this country. They’re absolutely more deserving of being seen as heroes rather than movie stars. But once again these rah rah patriotic country songs are beaten like a dead horse. It feels less like genuine appreciation and more like further exploitation of patriotic imagery in the cheapest way to form a connection with the listener.

Aaron Watson’s American Soul offers little substance and depth. Instead it’s just several cheap, plastic attempts at it. I know this is a pretty harsh review, but I’m not going to hold back my criticisms when Watson’s shown many times before he’s capable of doing much better. While getting radio play is something every artist wants, it should not come at the expense of quality and at this point it clearly is for Watson. I hope Watson delivers something better on his next album, as I would rather be cheering for him instead of jeering him.