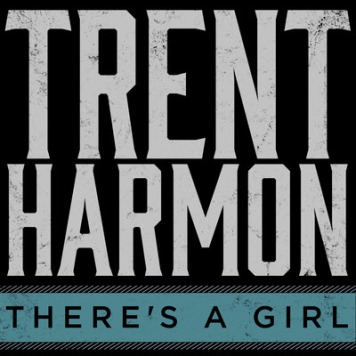 So it turns out Trent Harmon was the final winner of American Idol. Who knew? I stopped paying attention to that show once Simon Cowell left (even those final few seasons I was drifting off). Since I assume most others did the same, here’s a primer for those who don’t know Harmon. Originally he tried out on The Voice and was rejected. So with one music show rejection down, he turned to American Idol, where originally he auditioned and came off as an R&B/pop artist. Oh boy. As the show went on he started to perform some country and by country I mean a couple of Chris Stapleton songs. The rest of the songs he performed were soul, R&B and pop. The winning song he performed was called “Falling.” It was written by Keith Urban, Brett James and Dallas Davidson (ugh). Naturally Big Machine Records President and Idol adviser that season Scott Borchetta signs him to be a country artist because of course Borchetta would do this. It’s said that Harmon’s debut album will be country with indie-soul influences. When Borchetta was asked about it, he said it would be like the country album Justin Timberlake plans to make. Now I don’t know about you, but I see some red flags here. Based on these facts, it sounds like Harmon is just another pop artist cashing-in on country music.

Nevertheless I did my best to keep an open mind as I dug into Harmon’s debut label single, “There’s A Girl.” And after listening to it multiple times, it’s actually not terrible as I expected it to be. I was expecting heavy R&B and little to no country. Instead there’s actually some pedal steel guitar in the song. An actual pleasant surprise! Don’t get too excited though because there’s definitely some pop influence within the song too. But it’s not overbearing though and works for the most part. The light, up beat acoustics work well blended with the steel guitar. The song itself is about how guys are driven by girls and how they drive guys to do things they normally wouldn’t do like drive hundreds of miles to see them, clean up their vehicles and spend money they don’t have. On the surface you could look at this cynically, saying the song paints guys as being controlled by their dicks. But I really don’t see the song this way and the song doesn’t really indicate these intentions. It’s more a light-hearted look at the age old phrase of “love makes you do crazy things” and this is quite true. As far as first impressions of Harmon’s voice, it’s solid, yet unspectacular.

Overall Trent Harmon’s “There’s A Girl” isn’t half bad. You could do much worse for debut singles that’s for sure. Hell I think this song actually has some chance to stand out and be remembered by listeners. I wouldn’t call the song good either, but then again most debut singles usually aren’t because most play it on the safe side. You just hope for something decent and taking this song for what it is, that’s what you get with “There’s A Girl.”

Recommend? – Sure it’s worth one listen, especially if you like pop country

In 2014 it became pretty obvious that country music is the most popular genre in music. The popularity of bro country shot it into mainstream and the incorporation of pop elements has allowed the genre to remain in the mainstream conscious. Why else do you think Jason Aldean and Sam Hunt had such big years last year? Another thing that has benefitted from the increase of popularity of country music is music talent shows. Whether it was American Idol, The Voice or that new music show on ABC that I’ve completely forgotten about with Brad Paisley, country music artists have done pretty good on it in recent years. Just look at all of The Voice alumni I’ve reviewed on the site (Gwen Sebastian, RaeLynn, The Swon Brothers, etc).

One problem though that everyone notices is that after the show these artists drops off the face of the earth. One minute they’re in the spotlight and next they’re just another artist struggling to make it. I thought these shows are supposed to make stars? Other than Carrie Underwood and Kelly Clarkson, almost all of the other winners disappear after the show. Several months after finishing runner-up on season six of The Voice, Jake Worthington has yet to release any new music. How is this show beneficial to him again? Well the people at The Voice finally wised up for season seven as the finalists all performed and released an original song at the end of the show’s season. This is great for the artists, as it will help them springboard into the “real world” of music.

Today I take a look at season seven winner Craig Wayne Boyd’s single “My Baby’s Got a Smile on Her Face.” Now I no longer watch The Voice, but I do monitor it just to make sure I don’t miss anyone interesting. It’s a good thing too because Boyd is certainly interesting. Just like Worthington he played a lot of traditional country music throughout the season (Cash, Haggard, Strait) and also paid tribute to fallen outlaw singer Wayne Mills (who mentored both Boyd and Blake Shelton early in their careers). Boyd isn’t some fresh face either. He has toured around the country and opened for big acts such as Jamey Johnson, Randy Houser and Brantley Gilbert. So don’t worry, Boyd has “paid his dues.”

Boyd’s new single “My Baby’s Got a Smile on Her Face” isn’t terrible nor is it great. The instrumentation is certainly solid. It plays right into Boyd’s wheelhouse of a rock country feel (with a few fiddles thrown in) while also being friendly enough for soccer moms. It goes perfectly with the radio friendly, upbeat lyrics that are borderline milquetoast. This song is very safe and doesn’t take any chances. It’s definitely going for a universal feel that appeals to a wide swath of listeners. I’m neither offended nor impressed, although after a few listens it makes me sleepy. It’s just another song to me.

While this will have no bearing on the grade, I have to say something about the music video. Specifically I want to bring up the casting of the woman in it. She looks like she’s around my age and yet she is supposed to be Boyd’s “baby” in it. For reference, Boyd is in his mid-30s. She passes more for his daughter than girlfriend/wife. This comes off as a little creepy and off-putting, a sentiment shared by many in the videos’ comments too.

Nevertheless this song is doing what it’s supposed to do and that’s get Boyd noticed by the country music audience. It shot up to #1 on the Billboard Hot Country chart in the first week of January. It has since fallen out of the top 25 completely, but still not many artists can claim to have a #1 song and I’m sure it brought him some new fans in the process. I think Boyd is capable of producing great music that is certainly much higher in quality than this single. “My Baby’s Got a Smile on Her Face” is just an average showing that I’ll probably forget about a month from now.

I distinctly remember the first time I ever heard Carrie Underwood sing. It was back when I was watching American Idol (that was a long time ago) and I heard her audition for the show. Soon as she was done singing I knew I had just heard a future star and I knew she was going to win the show that year without a doubt. Her powerful and dynamic voice, plus her charming looks make record executives see money falling from the skies. Her first record, Some Hearts, she put out was quite good and decidedly country. It was on the second album, Carnival Ride, when she really took off and became a huge star. Unfortunately when artists become big stars they lose their original sound as it starts to drift to whatever is popular in the mainstream at the moment. This is what has happened to Underwood as her music has become decidedly more pop sounding and less country sounding. Not only that, but the songwriting and themes have gotten progressively worse. I can’t listening to her songs like “Cowboy Casanova,” “Undo It,” “See You Again” and “Blown Away.” To me these songs are not a true representation of Underwood’s incredible talent, which is her fantastic voice. And then she made the horrible decision of teaming up with Miranda Lambert on “Somethin’ Bad,” although I understand the reason they did it. Women are struggling to make it onto radio right now, even though Underwood has it easier than Kacey Musgraves or Brandy Clark. So when she announced she’s releasing a greatest hits album, along with a new single titled “Something in the Water,” I was hopeful she returned to her original sound and it sounded somewhat country.

Does she return to her original sound with this new single? Actually she does. The song is about someone feeling reborn and changed after being baptized in a river. It’s an appropriate return to a Christian theme for Underwood considering she’s releasing her greatest hits album and her first big hit was “Jesus Take The Wheel,” a decidedly Christian-themed song. It’s also appropriate with Underwood due to have her first child soon, so obviously with her deeply held religious beliefs she’s quite thankful at the moment. The songwriting is actually quite good in this song, so kudos to Underwood, Chris DeStefano and Brett James who wrote this song (thank you Windmills Country for this information). The song is definitely pop country, but at least there’s a banjo present in the song mixed in with the contemporary sounding pop/rock sound you hear in modern country songs. So at least this isn’t a straight pop song. The energy and pace of this song is fast and exciting, which will surely catch many listeners’ attention.

With Underwood being one of the very few female country artists with enough star power to be a hit on radio and have crossover appeal, I understand why she doesn’t release straight country music. It isn’t marketable enough for her label or brand, aka not enough money. So all I ask from Underwood with her music now is to at least sound pop country, have good songwriting and most importantly let her voice shine front and center. I think “Something in the Water” hits all of these points, so this is the best you can expect from Underwood considering the situation she is in. Someday she’ll make a straight country album and it’ll be great, but that’s many years down the road when Underwood is older and her star power fades. Her vocals were absolutely stellar on this single and wasn’t overshadowed by the production, which was a little overproduced, but didn’t overshadow the vocals. I think it has a great chance of being a top ten song that gets a lot of radio play.

I’m glad Underwood went back to a theme that represents her and she’s allowing her vocals do the heavy lifting in the song. If you don’t like pop country, you won’t like this song. If you can appreciate well written pop country and Underwood’s amazing vocals, you’ll enjoy this song.