It’s no secret that Cam’s single “Burning House” was one of 2015’s best mainstream country singles. The song peaked at number two, but the slow burning track proved that you didn’t need a party anthem to get radio play and recognition, especially for a brand new, female solo artist. That song piqued my interest in Cam’s debut album and I’ve been anxious to hear more of her music. It’s odd that her label decided to wait until mid-December to release an album, especially coming off a gold certified single like “Burning House.” There’s little buzz around a December release date. Cam became a household name once “Burning House” took off and her debut album, Untamed, carries a variety of sounds for Cam to build her pop country career around. With that said, its pop country set to some good lyrics. Cam shows off her songwriting chops, co-writing all 11 songs on Untamed.

Untamed begins with the title track. A harmonica blast on top of crickets sounds and a train horn fades up before the percussion clapping kicks in to set the beat for Cam’s vocals. Cam sings about partying out on a spot where the cops don’t go.” The pop country jam has a unique production between the prominent harmonica and banjo sounds, but it’s the same old story mainstream country has treated us to time and time again. “Hungover on Heartache” compares the end of a relationship to a hangover. Cam uses the verses to describe her feelings and pain; it’s not a bad song lyrically. However, Cam’s vocals seem to drown in the chorus a bit and trail as the lines finish. This is a good song that’s otherwise hindered by a weak vocal performance.

On “Mayday” Cam sings of a failing relationship that’s ready to end, even if those involved are not ready. She uses the metaphor of a sinking ship to describe their relationship as they both gear up for the inevitable end. The mid-tempo production is slightly overproduced, but the drums carry the song nicely. “Mayday” is well paced, well written, and well sung, sitting as one of the better tracks on Untamed. This is followed by the album’s hit single “Burning House.” As I wrote in the song review, ““Burning House” features a beautifully haunting production. The lone acoustic melody on the introduction combined with the opening line of “I had a dream about a burning house” sets the mood perfectly for the sadness to come. The phrase “less is more” couldn’t be more relevant to “Burning House.” The simplicity of the three instruments allows the listener room to breathe and focus on the story.”

“Cold in California” is a love song that finds Cam and her love separated by distance. He’s dreaming of a life under the spotlights in California, and she’s willing to let him go. However, she shows her devotion to him and is willing to take him back if he gets cold in California. The only issue I have with this song is the over production. There’s too much happening behind the vocals that distracts from the story. Cam follows this with her debut single, “My Mistake.” Josh praised the song in his review, saying, “Cam shows she has dynamic vocals throughout the song too. While she grabbed the listeners’ attentions right away, she’s also able to hold their attention throughout the song. She has good presence and it’s something that will serve her well as she is establishing herself in fans’ eyes.” I’ll echo that “My Mistake” is one of the few songs on Untamed on which Cam showcases her vocal powers.

On “Runaway Train”, Cam compares her heartbroken self to a runaway train. She’s been burned by this man and won’t let her anger be subdued. The production is fittingly upbeat and chaotic in conjunction with the lyrical picture Cam paints. The acoustic guitar picking adds a bit of bluegrass flair into the song, the percussion adds an EDM-like influence, and the electrical guitars bring in the rock music. Strangely, though, it all works for me on “Runaway Train.” Cam brings more natural country sounds with “Half Broke Heart.” The song kicks off with a fun piano intro, but abandons it for guitars and drums. The relationship in the song isn’t described as serious, yet Cam still finds herself upset when this man leaves her so suddenly. She uses the chorus to emphasize that even though her heart is only half-broken, it’s still broken. “A half cold beer ain’t cold, I’ll be back soon is still gone, a half-smoked cigarette’s still smoked and a half broke heart’s still broke.” As far as pop country goes, this is a song I can get on board with. The lyrics for central story aren’t that drawn out, but the song’s overall package is delivered nicely.

“Want It All” is a tailor-made pop anthem. The lyrics are generic about not letting life get you down. The pop production is just as generic with calculated guitar riffs and the token country banjo. Shockingly, though, Cam’s vocals are quiet and subdued on the chorus. With all the other pieces in place, I would have imagined a more dynamic vocal performance ready to captivate the mass of listeners the song is designed to capture. The most country song on the album is fittingly a song about the country. “Country Ain’t Never Been Pretty” is a commentary song about city girls who act country. From never getting their cowgirl boots muddy from working in the fields to their perfect makeup and fashion in public, Cam effectively puts these “fake country girls” in their place over the course of the song. The problem is that I don’t find this message to be authentic coming from Cam. The rest of Untamed screams calculated and polished. Even the sleek album cover photo completely diminishes the notion of the song. I don’t understand why this song was included on this album as Cam contradicts her message with the rest of the album. This is the type of song that would seemingly fit with Miranda Lambert or Kacey Musgraves.

Untamed closes out with “Village.” Cam wrote the song for her friend Claire, after the passing of Claire’s brother. “Village” is written from the perspective of the brother as a guardian angel giving comfort to Claire as she’s left to carry on life without him. The lyrics are touching and vulnerable and the production is simple and subdued. “Village” is a great song to end the album as it showcases Cam’s strengths as both a singer and songwriter working together.

Overall Untamed is album unsure of what it wants to be. Maybe Cam herself isn’t quite sure of the direction she wants to take her music. There are times where Cam lets her vocals loose and delivers (“My Mistake”, “Runaway Train”), but other times where her vocals are lost in the shuffle of the production (“Hungover on Heartache,” “Want It All”). Sometimes the album blends pop and country together well and other times it lets the overproduced pop take a front seat. When she wants to, Cam can sing well, and the few times she does, she brings forth some good pop country songs that I enjoy listening to. The album just isn’t consistent in its delivery of these good elements. Untamed is an unfocused album for the most part. 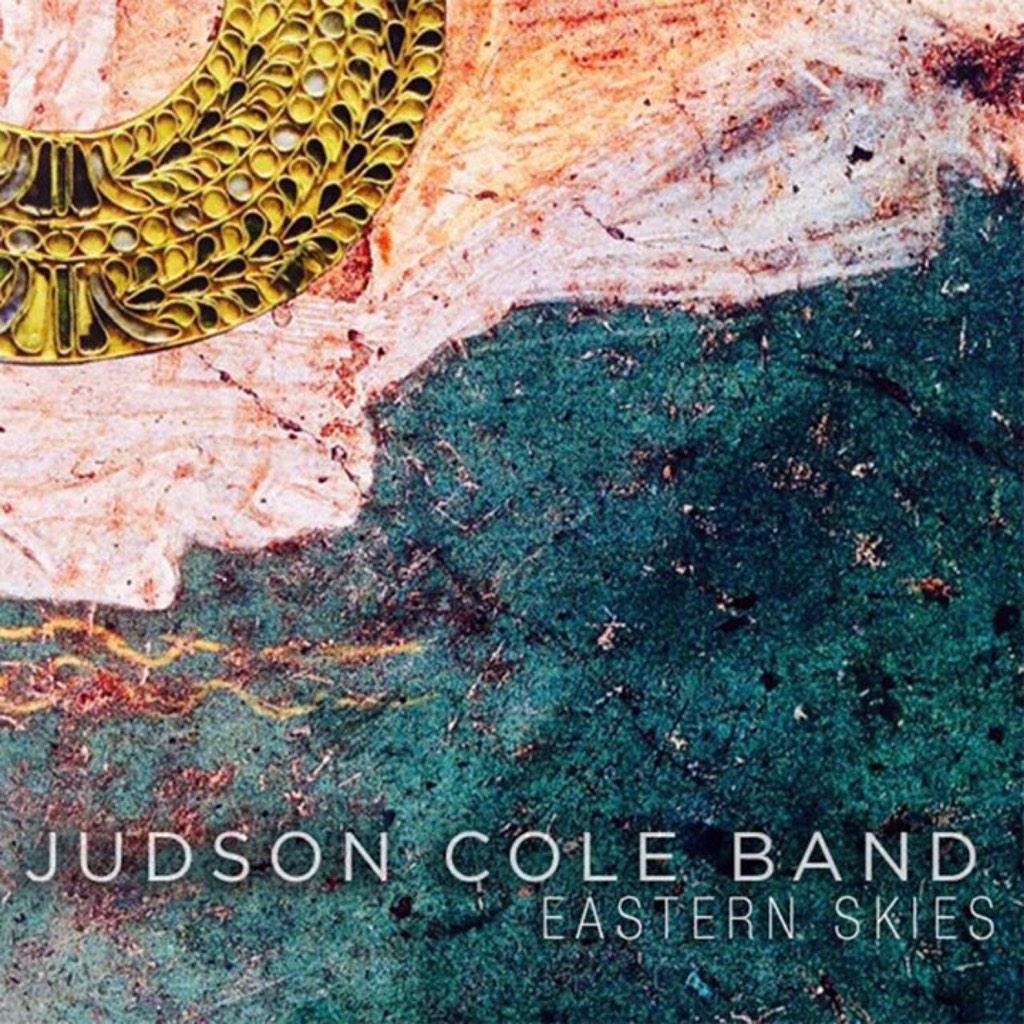 Not too much is known about the Judson Cole Band. For having a young career (the band formed in 2012 in San Angelo, Texas), they’re blazing a hot trail in the Texas/Red Dirt music scene. The guys became a staple at Blaine’s Pub in San Angelo and quickly caught the attention of others, earning gigs and opening slots at other Red Dirt concert venues and impressing some Texas music bloggers, specifically those at TexasMusicPickers.com. Judson Cole Band’s debut album, Eastern Skies, is an impressive collection of ten songs that should add more fuel to their fire.

The album kicks off with “Time To Run,” a great southern rock influenced song about running free with hard-hitting guitar licks capping each stanza. And before the instrumentation gets repetitive and predictable, they take a hard left turn and slow it down with a heavy blues-influenced guitar over the song’s bridge. “Goodbye Dallas” is a bit simpler in the production, but details the journey of a country singer searching for the spotlight. Naturally, the search for this spotlight begins in Nashville, but disappointed with the way things work in Music City, the singer returns to Dallas with a new appreciation for home.

“Call Me Back Home,” the band’s current single, features some acoustic guitars and banjos and some nice harmonies behind Judson Cole’s voice. The song is about a couple in a large relationship rut. He’s introspective enough to know there’s fault on both ends, but it appears that she’s a bit more stubborn to call him back home so they can work out the issues. On “16 Days” Judson Cole seems to be avoiding the inevitable. She’s gone away and her memory is haunting him.

On the title track, Judson Cole searches for truth in midst of a failing relationship. He wants to make sense of it all and is still left with questions and confusion. It’s a more mid-tempo led with a nice guitar and features a great build up to an emotional ending. Judson Cole’s vocals here are some of his best on Eastern Skies. You may recall seeing “Leave Me Another Day” as an honorable mention on last month’s top-10. This heartbreak tune is driven with a fiddle among the guitars and drums. Here Judson Cole begs his woman not to give up so easily on their relationship, because in the end she’ll come crawling back. This is another raw, heartbreaking vocal delivery from Judson Cole that adds a lot to the mood of the song. “Young Love” explores the simplicity of a relationship during young, naïve times. It’s easy until you have your heart torn out by someone you loved and you’re stuck with scars and bad memories. This song has great guitar work and production behind powerful vocals.

“Poor Widows Fate” is a chronicle of an outlaw who robs and kills to give the girl he loves all she wants. This gold-digging woman doesn’t return his affection and uses him to get as much money as possible until she shoots him and runs off with all he had stolen. This is an impressive, compelling song with some great production behind the lyrics. “Heart of Mine” is a tale of a man who’s fallen for a woman who doesn’t return his affections. He pleads for her to see how great his heart is for her. The last track on the album, “Old Truth Be Told” is an acoustic, introspective song. This stripped back tune explores how life hasn’t gone the way we expected and questioning decisions made along the way.

Eastern Skies is a fantastic debut album. More times than not, debut albums straddle safe topics and production to avoid alienating potential fans, but a majority of the Eastern Skies shows character and personality that prove Judson Cole Band is the real deal. Perhaps the most impressive thing about it is they show that personality and confidence while not being too extreme in one direction to alienate fans. Eastern Skies brings fresh perspectives and sounds to old stories and songs. Seamlessly hopping between modern country sounds and southern rock, powerful vocals and tight, raw instrumentation, the Judson Cole Band prove themselves worthy to be among Texas’s top tier artists. This debut album shows nothing but potential, and will certainly be enjoyed by fans of Red Dirt country music. Keep your eye on the Judson Cole Band. Eastern Skies is only the beginning of what can be a long story.