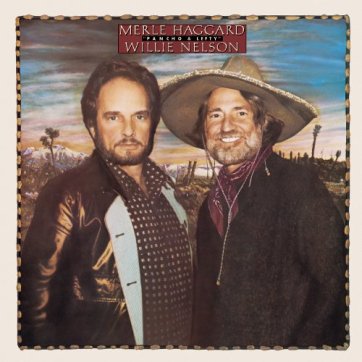 It made it’s debut a few weeks back and now it’s back again. That right, this is an Ask The Readers Hodgepodge. It’s quite simple: I pose a question to you the readers and in the comments below we will discuss what our answers would be to the question. Sometimes it will be a yes or no question, but most times it’ll be something a little more detailed. This second Ask The Readers Hodgepodge will be quite subjective and should have a variety of answers.

If you had to choose one song, what song defines country music to you?

As far as my answer for this question, the song I would pick that I feel defines country music is Townes van Zandt’s “Pancho and Lefty.” There have been many versions of this song, but I would have to pick Willie Nelson and Merle Haggard’s version as my favorite. The reason I would choose this song is it just has everything that a perfect country song should have. It was written by one of music’s greatest songwriters of all-time and performed by two of the best artists in the genre’s history. The song explores death, sadness and grief with some of the best storytelling you’ll ever hear in music. The instrumentation perfectly conveys the melancholy nature expressed by the lyricism in the song. To my ears it’s the perfect country song, defining the rich tapestry of the genre.

I would also highly recommend Jason Isbell and Elizabeth Cook’s version of the song, which is quite excellent too.

Gary Stewart – “She’s Actin’ Single (I’m Drinkin’ Doubles)” – I feel like a lot of week’s I’m picking too many well-known acts and songs so this week I wanted to find a deeper cut from the past. Stewart is sort of unsung when discussing the best country artists of the 70s, but he shouldn’t because his music is excellent. This is his biggest hit and one of my personal favorites.

Car Seat Headrest – Teens of Denial – So this is an album and group I’ve been hearing a lot about from fellow music fans and critics. It’s received widespread praise and finally I got around to checking it out. Well now I know why it’s getting so much praise. I’m not usually a big fan of emo indie rock, but the songwriting on display on this album is impeccable. Turns out Teens of Denial is the 10th studio album and 13th overall album by Car Seat Headrest and they’ve only been a band for six years. That’s insane! Check these guys out.

This picture is worth every shitty hotel room I've ever slept in https://t.co/PG1rO0b2fQ

The picture he’s referring to is John Prine hugging Isbell after he won Americana Song of the Year for “Something More Than Free” at the Americana Awards last week. I would be pretty damn happy to get a hug from a legend too.

Luke Bryan released a new EP for his annual farm tour and predictably it’s not good. The only difference between it and his usual studio albums is here he thinks he can pander to farmers and the working people of America because I’m sure they see the millionaire artist who now sings about the clubs and dresses like a Nordstrom model as someone they can relate to (wanking motion). This listener above wasn’t fooled though and rightly calls him out.