There were quite a bit of music releases this month, so for me to narrow this down to ten wasn’t as easy as I thought.  In my opinion, the best song released this month was Keeley Valentino’s “Burned.” I said quite a bit about the song in my review of her EP, here’s a snippet: “Perhaps the most impressive part of the whole song is the fact that Keeley hits such a high note in the choruses. Her high-notes combined with the echoing instrumentation create a sort of haunting emptiness that captures the emotions of the song’s characters.” Without a doubt that was the song that stood out to me the most this month. Number two is Lee Ann Womack’s “Same Kind of Different” which was easily her best song on The Way I’m Livin’. I’m not surprised that women hit the top two marks on my top ten. Female country singers have been releasing a number of quality albums over the past few years, and I hope to see that trend continue. The Phillip Fox Band gets a spot at number three with the impressive Country Fried Rock N’ Roll western tune “Nothin’ Worse Than Weak.” Number four is The Roy’s heartbreaking, yet well-written Alzheimer’s song called “Sometimes.” Rounding out the top five, I have my favorite song from Tim McGraw’s Sundown Heaven Town: his duet with Catherine Dunn called “Diamond Rings and Old Barstools.”

The Phillip Fox Band appears again at number six with “Ava Lee”, the upbeat love song about a couple living life in the fast lane, and the man debates if he should settle down and have a future with her. Josh Turner’s new single, “Lay Low” comes in at number seven. Lee Ann Womack shows up again at number eight with “Prelude: Fly.” I was captivated by this track during my first listen and it features some great vocal work from Womack. Keeley Valentino makes another appearance on the list with “Love Will Come Around Again” at number nine. It’s a great song about getting over a break up and preparing yourself for when the next person comes to capture your heart. Finally, concluding the top ten is Wade Bowen with “When I Woke Up Today.”  This fun song is about finding joy in life and remaining positive while the trials of a life on the road take form. It’s a great lead off single for his new self-titled album due out late next month.

October has a ton of albums due out.  Next month’s top ten list might be even harder! 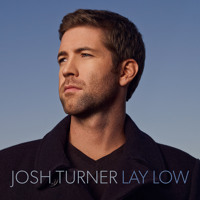 The return of Josh Turner to radio is a refreshing one. It’s been two years since we’ve last heard a new single from Turner, but he’s back with a new single now. He also has a new album coming soon, though no release date has been announced. One of his last singles he put out, “Time Is Love,” reached #2 on the Billboard Hot Country Chart. The reason I say his return is refreshing is because Turner always stays true to himself, making traditional sounding country music that still sounds modern in today’s world of country music. Turner reiterated his stance on making the music he wants to make in an interview with Rolling Stone last week:

“The basic standards I’ve always held for my music still apply to this record, but I’ve definitely taken a step back and looked at what today’s environment is and how my music can fit into that,” he reports. “I don’t follow trends and I’ve always followed my heart, whether my music fits in or not, but I want to be a player in the game and continue to evolve as an artist. This record, so far, has great musicianship, great melodies and lyrics that today’s audience can relate to.”

So does Turner deliver in his return to country music with his new single “Lay Low”? Yes, in fact he does deliver. It’s a love song about a couple getting away from everything. They want to get away from the hustle and bustle of everyday life and just spend time together alone. As Turner says in his interview with Rolling Stone, it reminded him of a secluded spot him and his wife like to go to in South Carolina to get away from everything. Vocal-wise Turner sounds just as great as ever with his smooth, deep baritone voice. No auto-tune to be found. Although towards the end of the songs the background vocals are little too overproduced. But it doesn’t hurt the overall quality of the song.

Instrumentation wise the song starts off with a mandolin and acoustic guitar. The acoustic guitar is the main instrument used throughout the song along with some light drum machine play. I think the song is written well. No bro country tropes or laundry list clichés are present because Turner actually wants to be respected for his music. It’s just a romantic country song that a man is singing to his love. The writers of the song are Ross Copperman, Tony Martin and Mark Nesler. The latter two also helped write “Time Is Love.” Kudos to the three writers for crafting a solid song.

This is a great first single from Turner’s new album. It’s a good sign to see one of the few consistently traditional mainstream country artists to remain true to their roots. Too many older artists (Brad Paisley, Tim McGraw) are trying to remain hip and cool. Turner just makes the music he wants to make and how they perform is how they perform. I think “Lay Low” can do well on radio, but I’m cautiously optimistic. I’ll be interested to see if it can chart in the top 25 on Billboard’s Hot Country songs chart too. Nice to see Turner back with another solid single.